The Reason Why Indonesia Uses Garuda?

Garuda is familiar in Indonesia. This mythical creature appears in ancient history, especially in Hind- and Buddhist temples. You will see this symbol when exploring Mendut Temple, Borobudur Temple, Kidal Temple, and others. It is known as the vehicle of Lod Vishnu. In a more general meaning, a Garuda symbolizes knowledge, power, bravery, loyalty, and discipline. In Bali, Garuda is also known as the lord of all flying creatures.

The History of Indonesia National Emblem

Lantas, siapa perancang Lambang Nasional Garuda Pancasila (Garuda Indonesia)?So, who is the designer of the Garuda Pancasila (Garuda Indonesia) National Emblem? Garuda was used for the first time on February 11, 1950. It started when the Indonesian National Revolution was ended and the Dutch acknowledged the Independence of Indonesia in 1949. As a result, the government had to create a national emblem as a newly independent country.

Read also: History of the Establishment of the United States of Republic Indonesia

The Special Specification of Garuda

The number of feathers on the Garuda shows the date of Indonesia Independence Day. You will also see a shield consisting of five different images on the body of the Garuda. This creature also gripping something.

The five images on the body are the symbol of the Pancasila principle, which are the escutcheon, star, chain, Banyan Tree, bull, and rice and cotton. The Garuda also gripping a word Bhinneka Tunggal Ika. It is the tagline of Indonesia that means unity in diversity.

The gold color on the Garuda symbolizes greatness and glory. Overall, the Garuda explains a powerful country with a lot of ethnicities, but they can unite to build a strong country. So, if you want to know the basic things of Indonesia, you should learn the specification of the Garuda Indonesia (Garuda Pancasila) National emblem.

The use of Garuda

Just like any other national emblem, Indonesia also uses Garuda to symbolize its government. They also use it as an official emblem of Indonesian ministries, departments, and institutions. You will see this symbol anywhere, including in Indonesian state palaces, monuments, government offices, Indonesian embassies, and many more. Garuda is also often found in schools, along with the picture of the latest president and vice president. This symbol is also formed in a badge for all governors, heads of a city, and head of a regency.

Thank you. Hope it is useful. 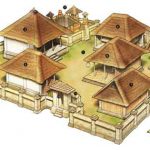 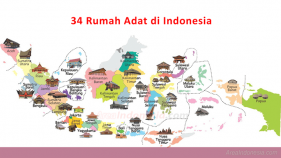